Big Thanks to Hornsea Inshore Rescue

Today Hornsea Inshore Rescue was visited by two families from Hull to say thank you for rescuing father and son from a dangerous rip tide off Mappleton Beach. It was during a pleasant summer’s day that the children were paddling at the sea’s edge when a rogue wave whisked them off their feet. All the children were able to safely regain the beach but for one who was rapidly carried out to sea by a rip tide.

The lad’s father, Mike, immediately went to his aid but he too was caught by the rip tide and taken out to sea. Meanwhile one of the mums called 999 and asked for the coastguard who then alerted Hornsea Inshore Rescue and they launched within minutes of getting the call. They swiftly found the casualties, gave necessary first aid and recovered them to Hornsea Beach.

Dad Mike said, “Tom was really beginning to struggle to stay afloat when we saw the boat approaching at speed, and almost before we knew it we were back at Hornsea. It was a very efficient rescue. Hornsea Inshore Rescue is an amazing service and yet not in the limelight like the RNLI.”

Coxswain Chris Clark added, “Every second counts when people are in the water and in such choppy seas. Tom and Mike kept their cool, especially Tom who was very calm and this made rescue so much easier.”

The families were treated to drinks and cakes and Tom was presented with a Hornsea Rescue cap and a framed photo of the Hornsea Rescue lifeboat returning them to Hornsea Beach. All the other children also received Hornsea Rescue souvenirs and had a tour of the Lifeboat Station. They all were dressed in the crews rescue gear for a group photograph on the lifeboat boat “Charity Endeavour”

Hornsea Inshore Rescue is situated at the southern end of Hornsea promenade. It is a totally independent organisation run entirely by volunteers and receives no government nor RNLI funding. It is not part of the RNLI. 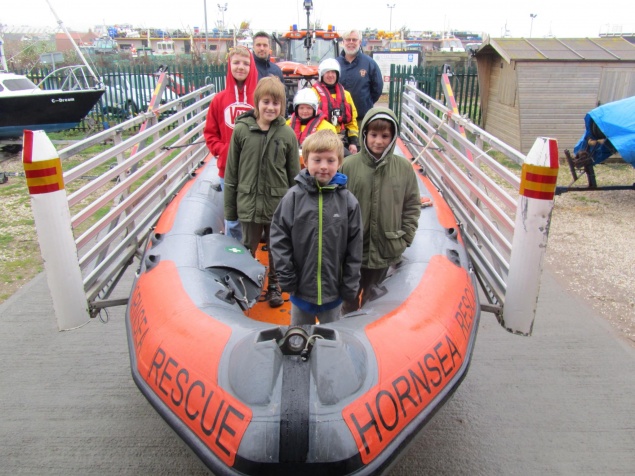 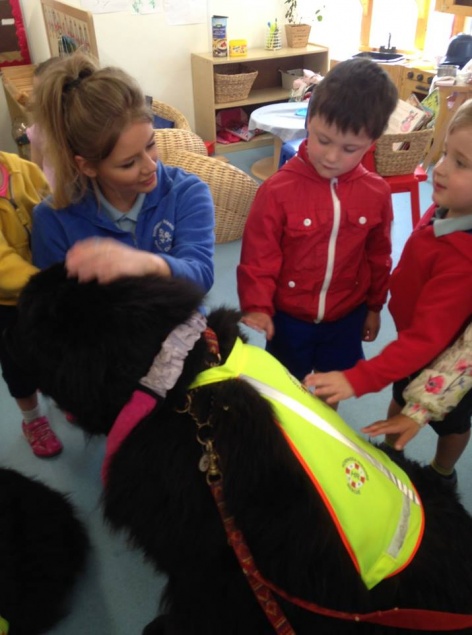 Four-legged Rescue Team join the children in the classroom. 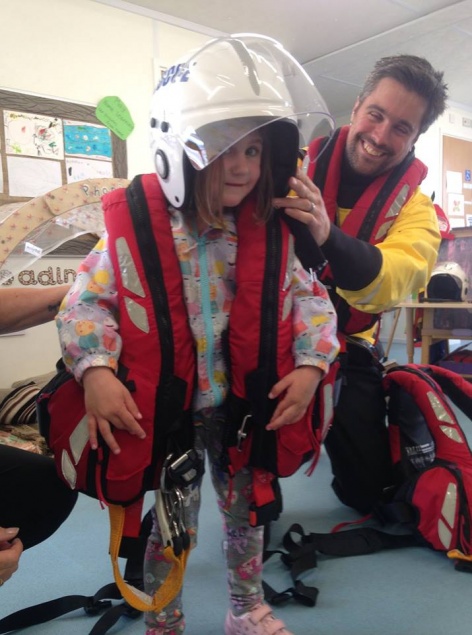 We love visiting places in the local community, here's what Farmyard Friends Day Nursery thought to their visit.